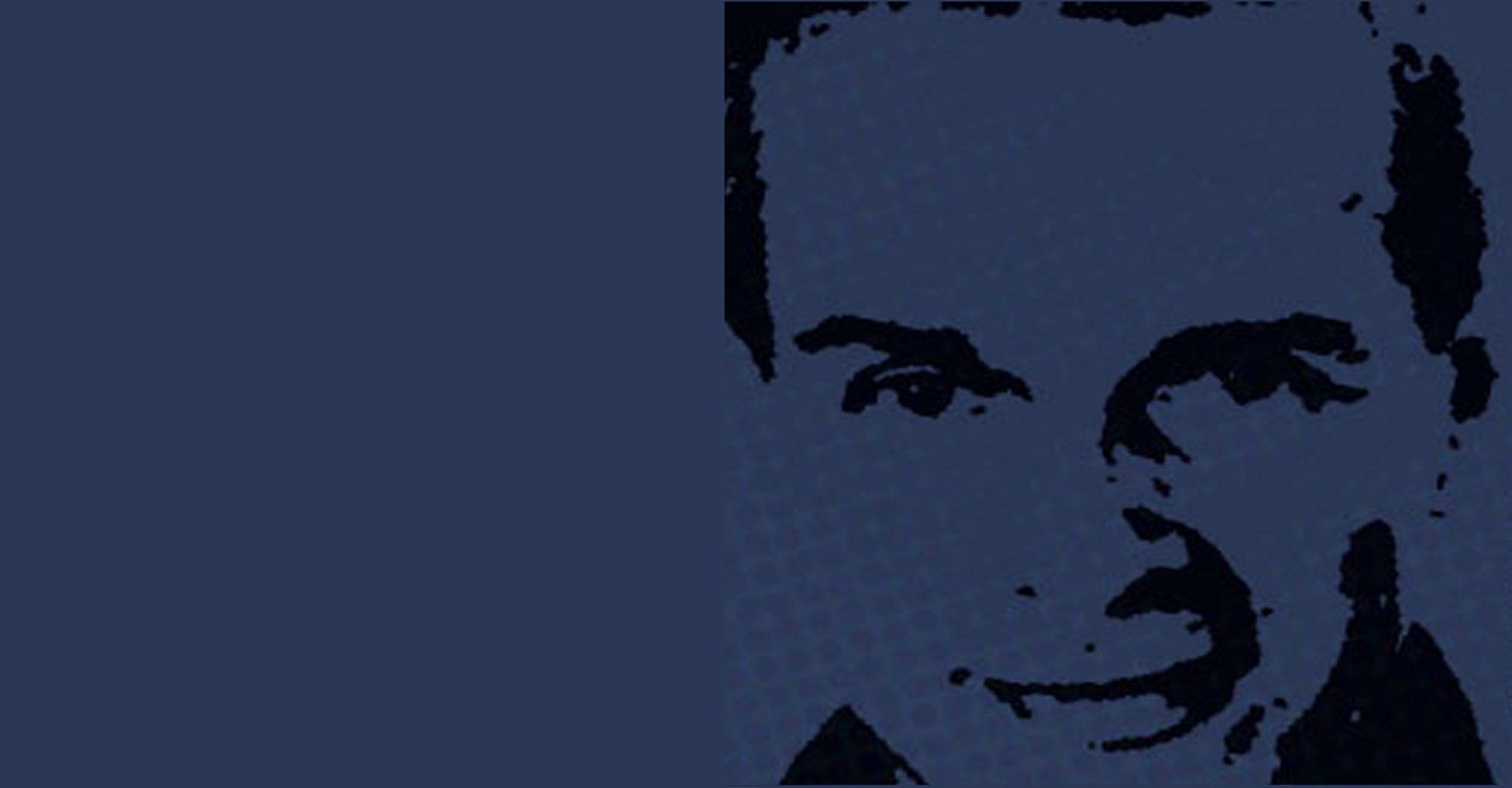 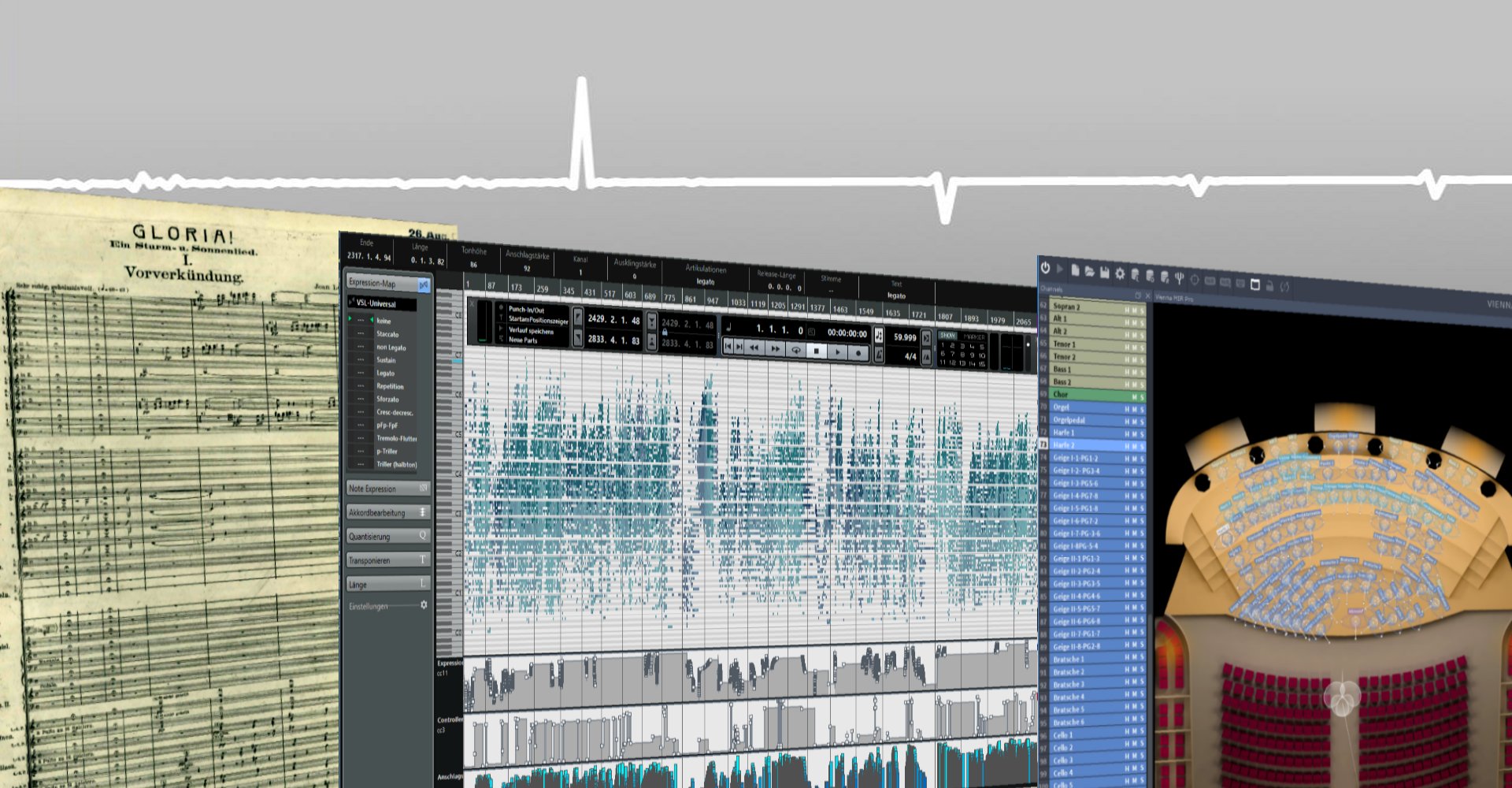 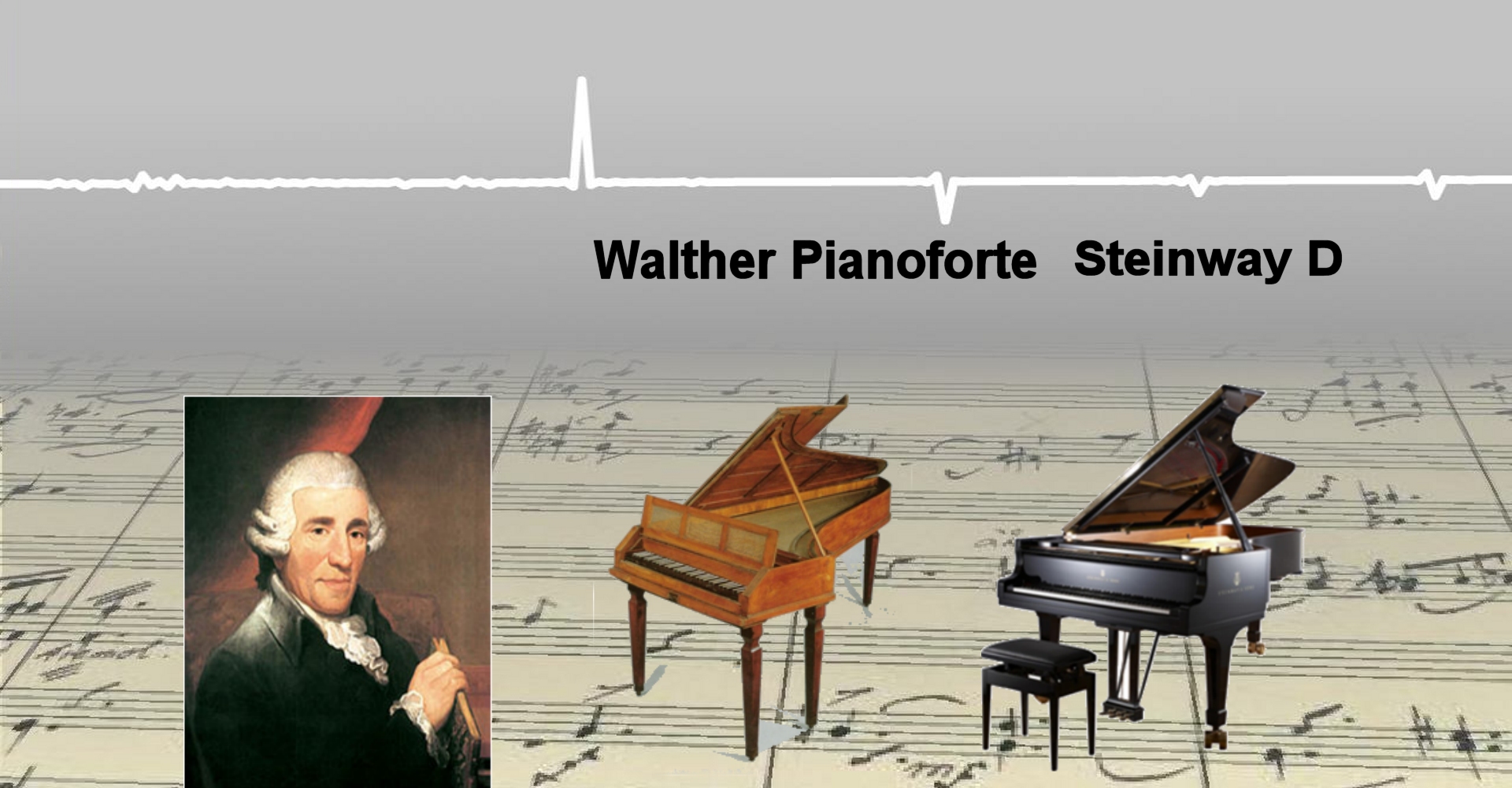 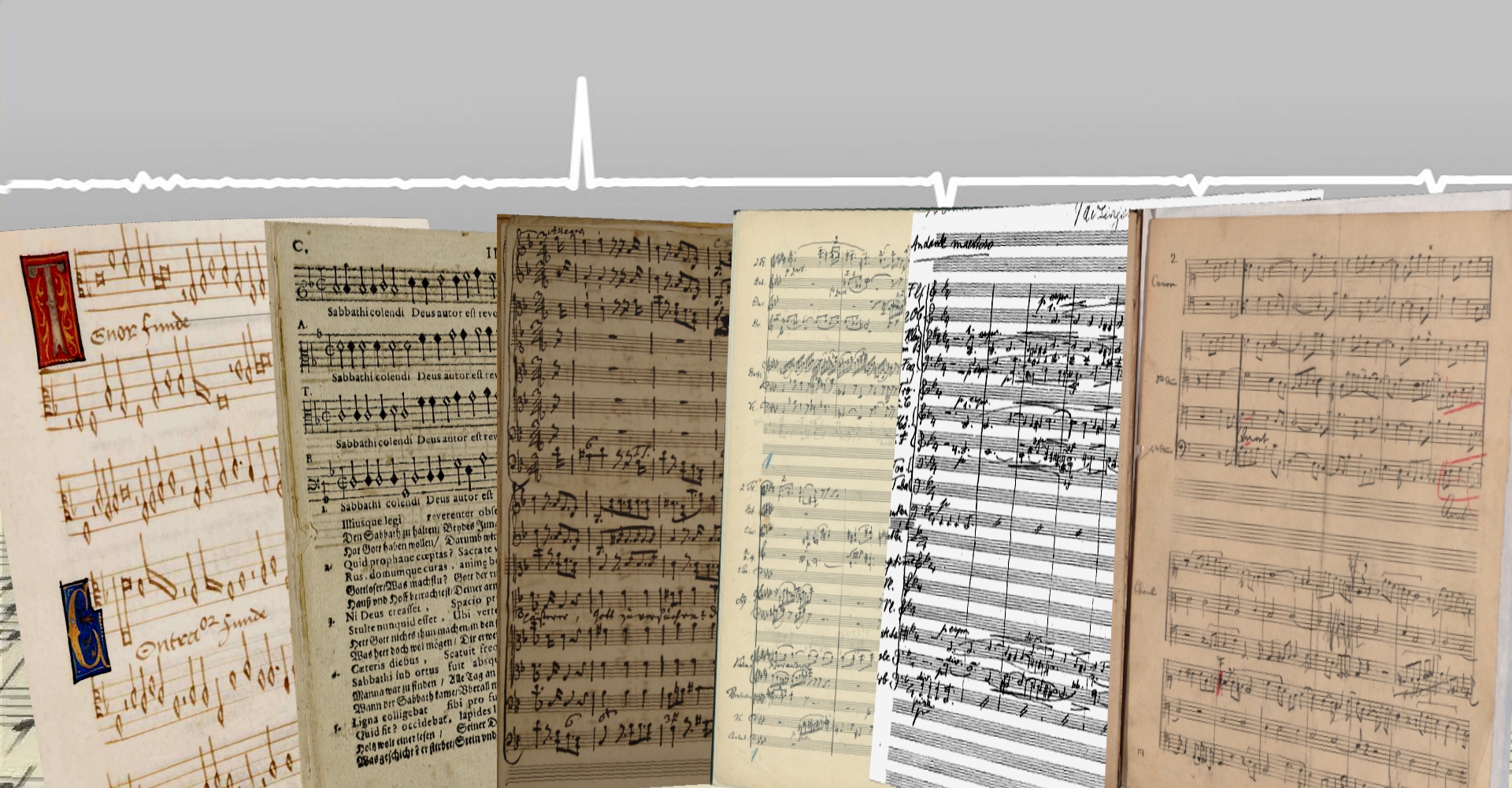 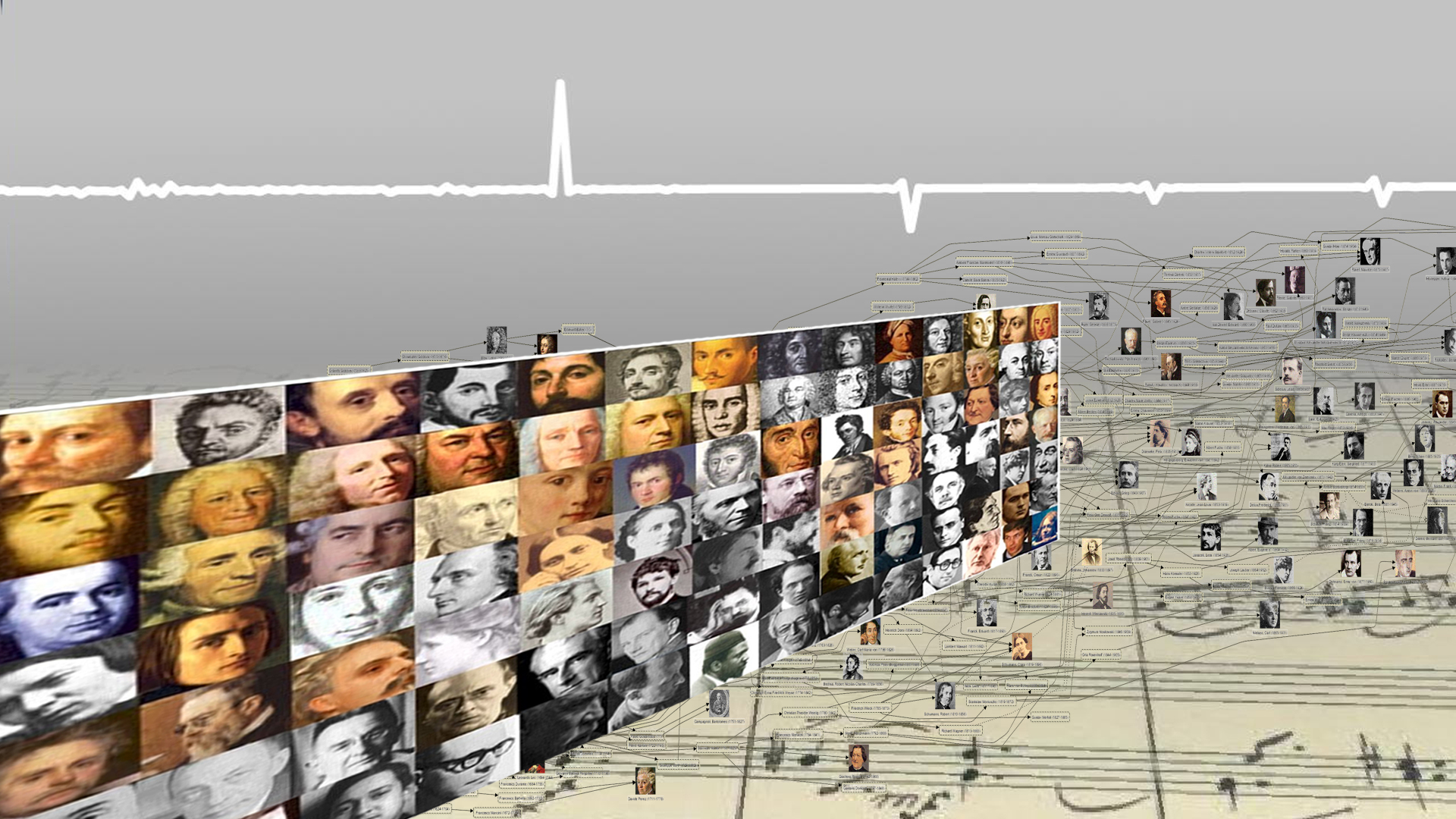 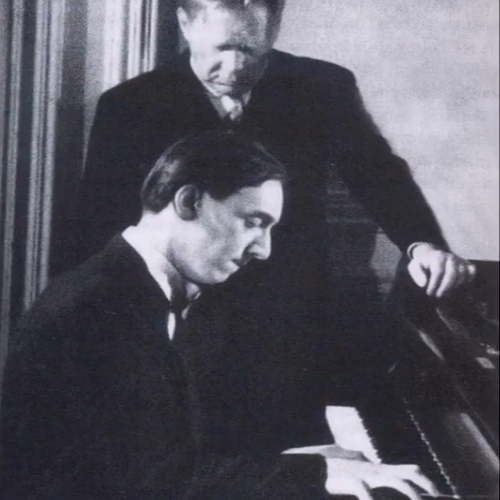 Research and cultivate the wealth of musical history with scientific precision.
(Pict.:Symposium RCM-London 2014) 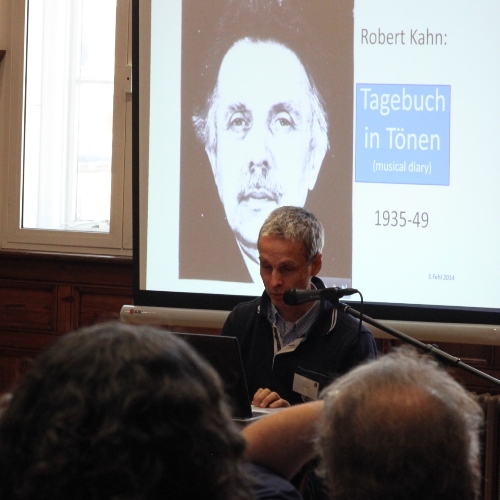 Exploring modern technology to give new answers to the challenges of our musical heritage
(Pict.:KUG-Workshop Graz 2016) 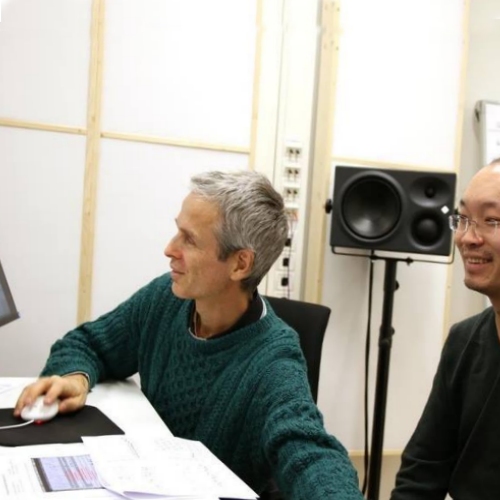 Doctoral Thesis in Musicology, graduated Studies and active research also in german Literature, comparative Literature and Biology at the F.U.Berlin.

The digital realisation of unknown, less known or well known often ambitious scores from more than 500 Years of european music history in one of the most comprehesnive privat musical online projects: klassik-resampled.de

Virtuosity is more than the tempo or dexterity of a performance.

Here you can find some examples of projects which adress very different kinds of historic virtuosity with the aim of a most "virtuos" application of our currently available means of digital mmusic production. 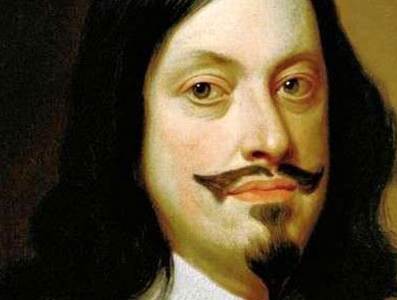 One of the first German Virtuoso

As Student of the great G.Frescbaldi Froberger belong to the first who brought a impressive example of freedom for the subjectiv virtuos to the early german baroque music leaving deep traces up to the Toccatas of J.S.Bach. To understand this certain kind of virtuos sophistication, it is necessary to understand the limitations in which it is developed. This recordings uses therfore a sampled Johann Anton Miklis harpsichord from 1671. 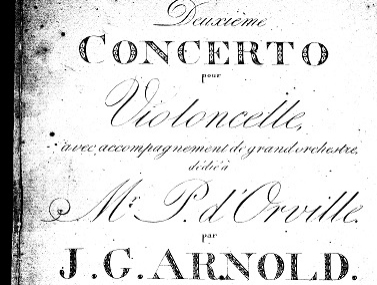 The brilliant heritage of a forgotten Cellovirtuoso of the classical era

J.G.Arnold made in his short life an astonishing career up to one of the highest esteemed Cellovirtuosos of his time. His five Concertos is nearly all wich is left of this very talented young Cellist. Only the first Concerto has ever been recorded befor klassik-resampled realised the first complete recording of all five Concertos. It is aswell music of an incredible Cello virtuoso to show not only all his extraordinary dexterity but his wealth of inspired musical Ideas, with an Orchestra which in his symphonic gesture often enough goes far beyond what we would expect from the pure accompagnement of brilliant Soloist. Since only the Parts for the Orchestral performance are left, all scores of the concertos are been reconstructed for this project based on the historic parts. 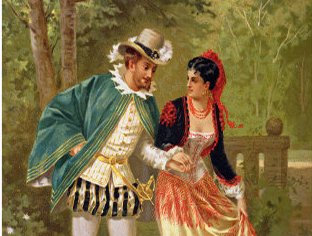 The Duet "La ci darem la mano" from Mozarts Don Giovanni KV527 belongs to one of the most cited themes in late classical and romantic music. Among the Composers who based compositions in any way of it are as well the most popular like Beethoven, F.Chopin who began his Career as Pianist with his op.2 based on La ci darem la mano or F.Liszt who rarely pushed the romantic pianovirtuosity so far as he did in his Don Giovanni Fantasy aswell as several highly regarded Virtuosos of their instrument like the Pianists F.Kalkbrenner, S. Thalberg, the Violinist Bartolomeo Campagnoli, the Harfenist Nicols Bochsa or the guitarist F.Calegari aswell as Composers with their own interesting individual musical approaches, like the very early the romantic music prefiguring Franz Danzi, or the romantic Master of Counterpoint A.A.Klengel. Nearly every single composition of this projects could be regarded as highly virtuos for the certain instrument it is written for. 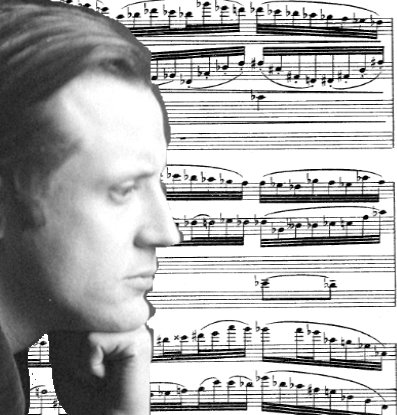 Being a tremendous virtuose Violinplayer, Bernard van Dieren wrote large Stringquartets not only with nearly constantly high instrumental demands, but even some passages, which as far the musical context shold be kept go in the demands of the playing tempo far beyond what even extraordinary virtous ensembles are able to realise. Meanwhile both stringquartets do have many merits of Music written by an inspired and expiereinced Vioinist, they have been obviously for their high demands completly neglected by the traditional stringquartets until the first recordings realised on klassik-resampled. 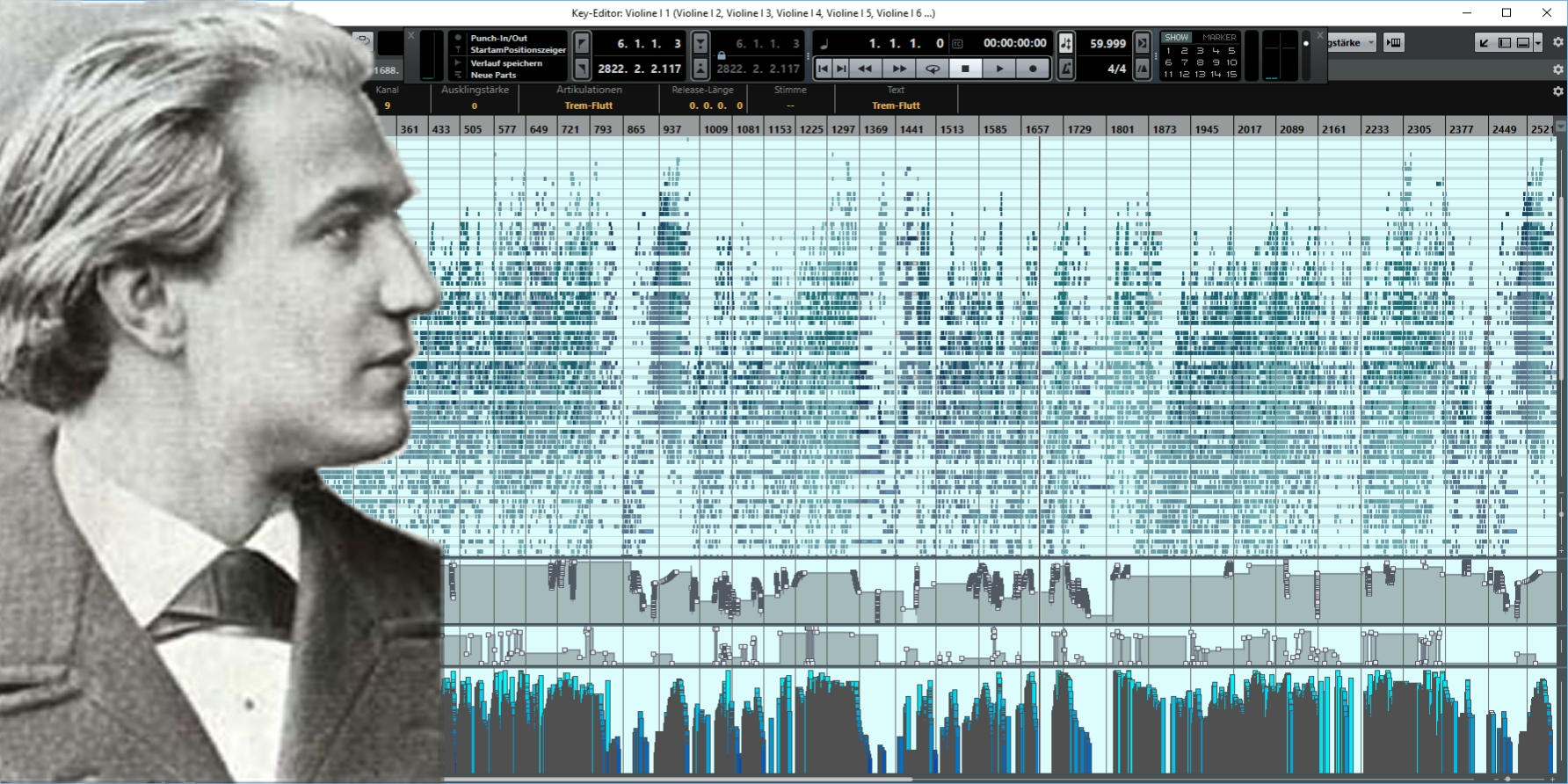 First Recording of two of the most ambitious romantic Symphonic Poems

Already his earlyier large Symphonic Ode "The Sea" presented even for the most important Orchstrass in Berlin and Vienna Challenges they were scarcly able to master without audible shortcommings. This is still mutch more the case for Nicodes Symphonic Poem Gloria! with its more than half a million notes, its incredible large Orchestra and nearly constantly very high artistic demands for nearly each single voice and a duration of more than two hours. Those two large Orchestral works still go notably beyond the limits of what even a modern orchestra is used to realise. On Klassik-resampled.de the first recording of this music ever was realised with every detail realised as it is demanded in the score ending up being with "Gloria!" nearly half an hour shorter than the very few documented historic performances have been.

The interpretation of classical music depends primariily on the detailed individual understanding of the musical syntax in a certain composition. Nevertheless this might react sensible aswell on the acoustic response of the instrument chosen, or the way how detailed an understanding of a composition follows the advises of its score.

These possible variations are examined by three kinds of Interpretation experiments. 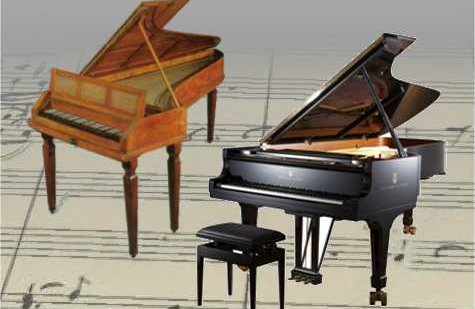 This corresponds to the large amount of Keyboardmusic still used to play with modern grandpianos which is composed long before those mmodern grandpianos has developed its actual range of possible musical expression. 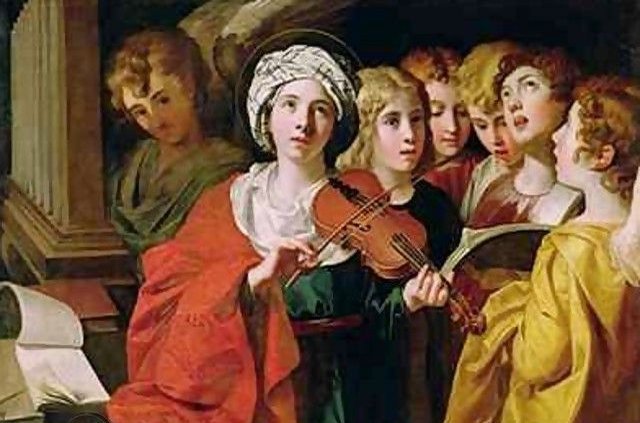 In very different musical eras Details we know about a composition might suggest another instrumentation than the currently dominating.

When G.F.Handels wrote in Rome his ambitious "Dixit Dominus" HWV232 this clerical music could only be meant for boys & male voices, meanwhile the demands surpass notably what boyschoirs are usually ready to. Klassik-resampled presents the complete Music exclusivly with Male and boyschoirs. 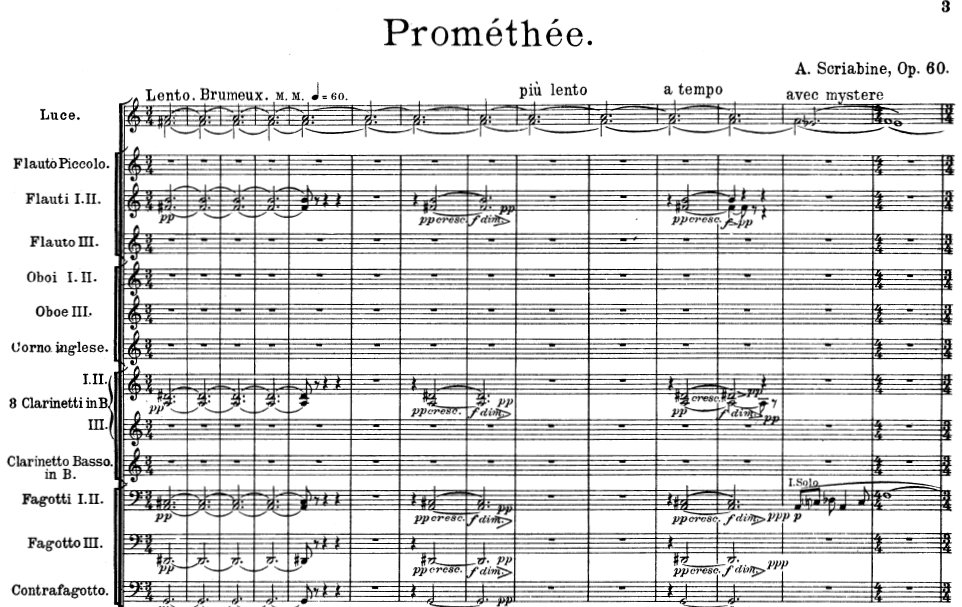 Some intepretation habits of the standardrepertoire deserve a comparison with the advises of the score which reveals sometimes noable differences to the majority of their interpretations.

Even with a romantic very flexible understanding of the tempoadvises in F. Chopins Pianoconcertos, interpretation based on precise Score-reading differ notably from the most current interpretations. 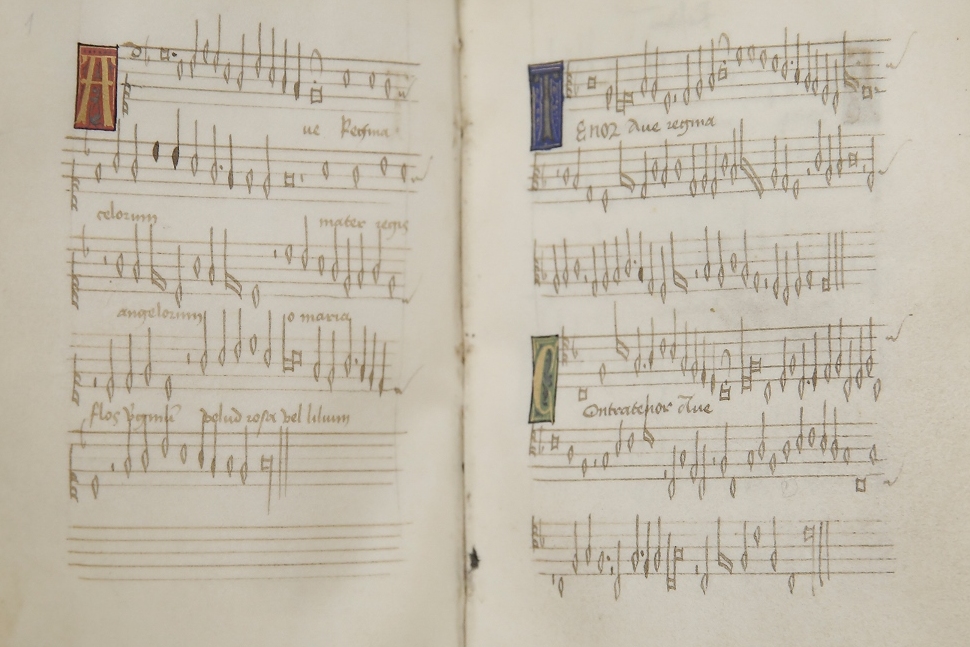 Based on transcriptions provided by Dr. C. Goldberg and the german Goldberg Foundation and klassik-resampled presents first realisations of the 12 anonymous unicats, realised each in 5-7 different instrumentations inspired by contemporary musician paintings. 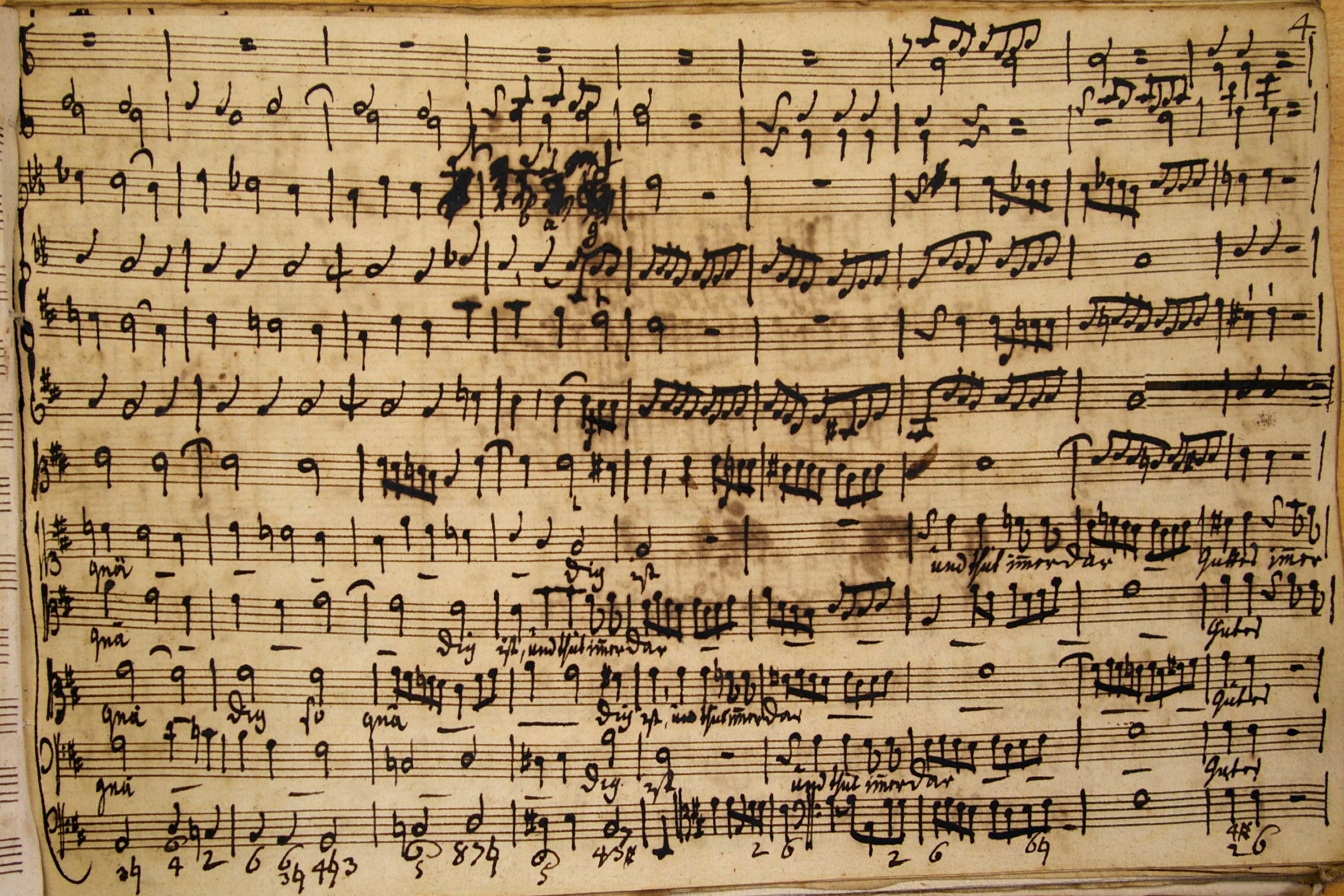 In Collaboration with Dr. W.Ensslin (Bach Archiv Leipzig) 12 Cantatas were transkribed from recently discovered manuscripts and currently three of them realised for the Project klassik-resampled 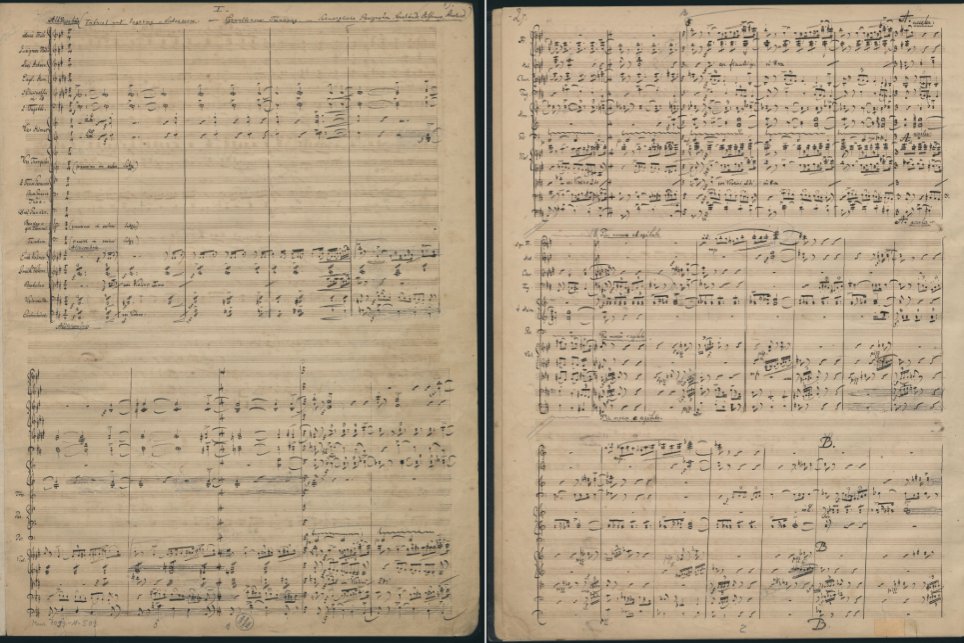 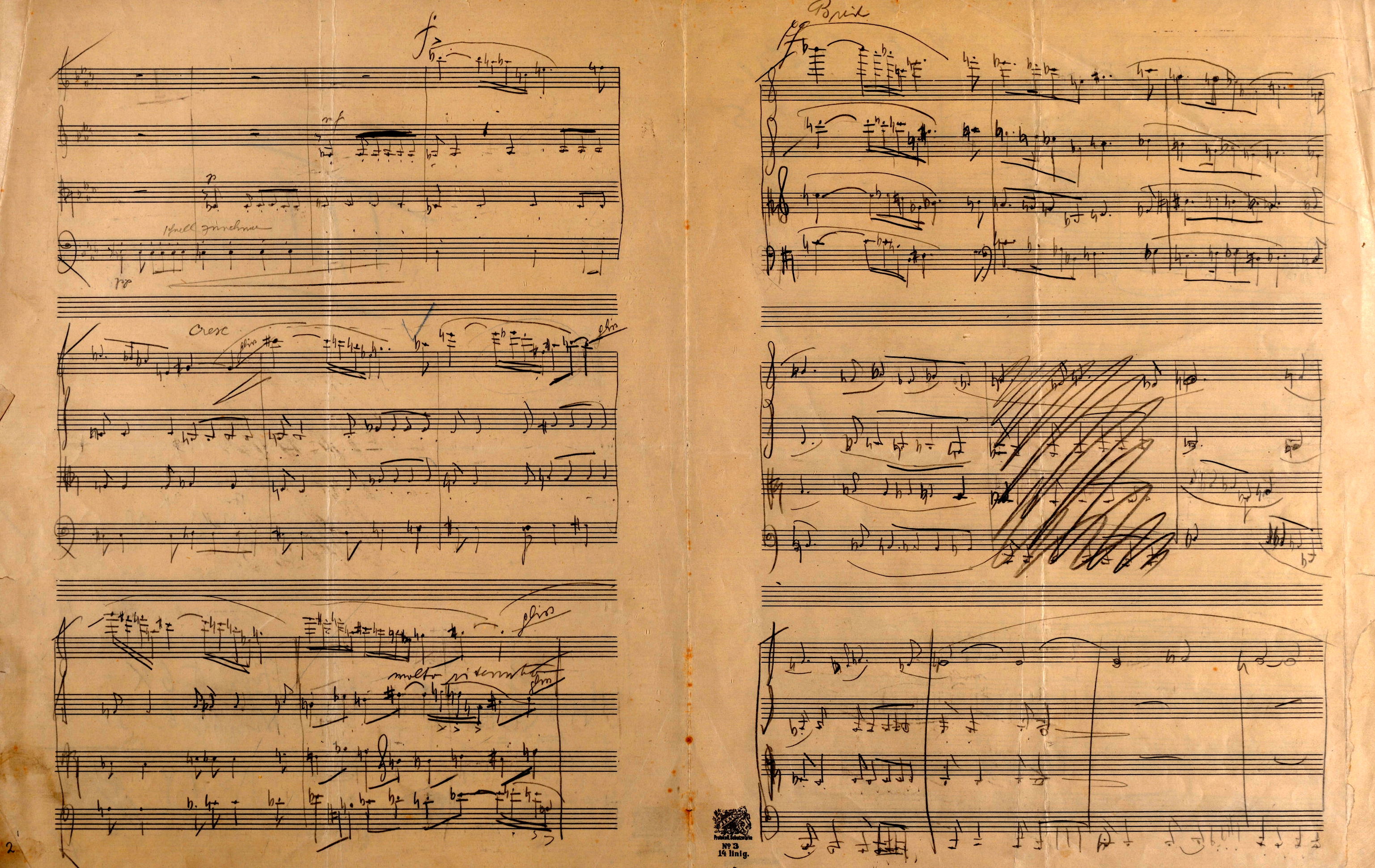 In context of a comprehensive Presentation of Alban Bergs complete non scenic works a considerable amount of early works, studies, sketches and fragments, of Alban Berg are realised based on own transcriptions and recontructions of Manuscripts of the Austrian National Library Vienna. 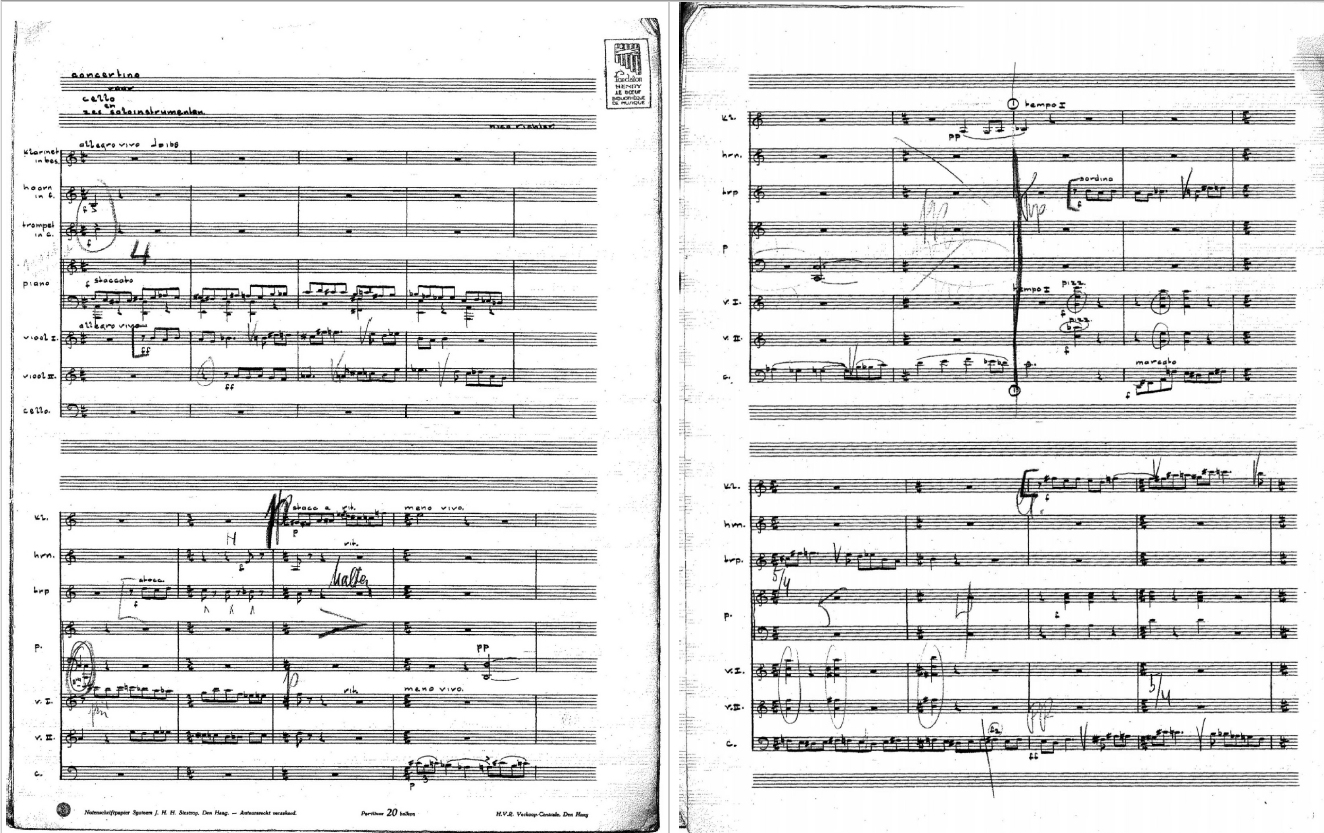 Based on privat copies of Manuscripts provided by descendants of Nico Richter first realisations of his two concertos are realised. 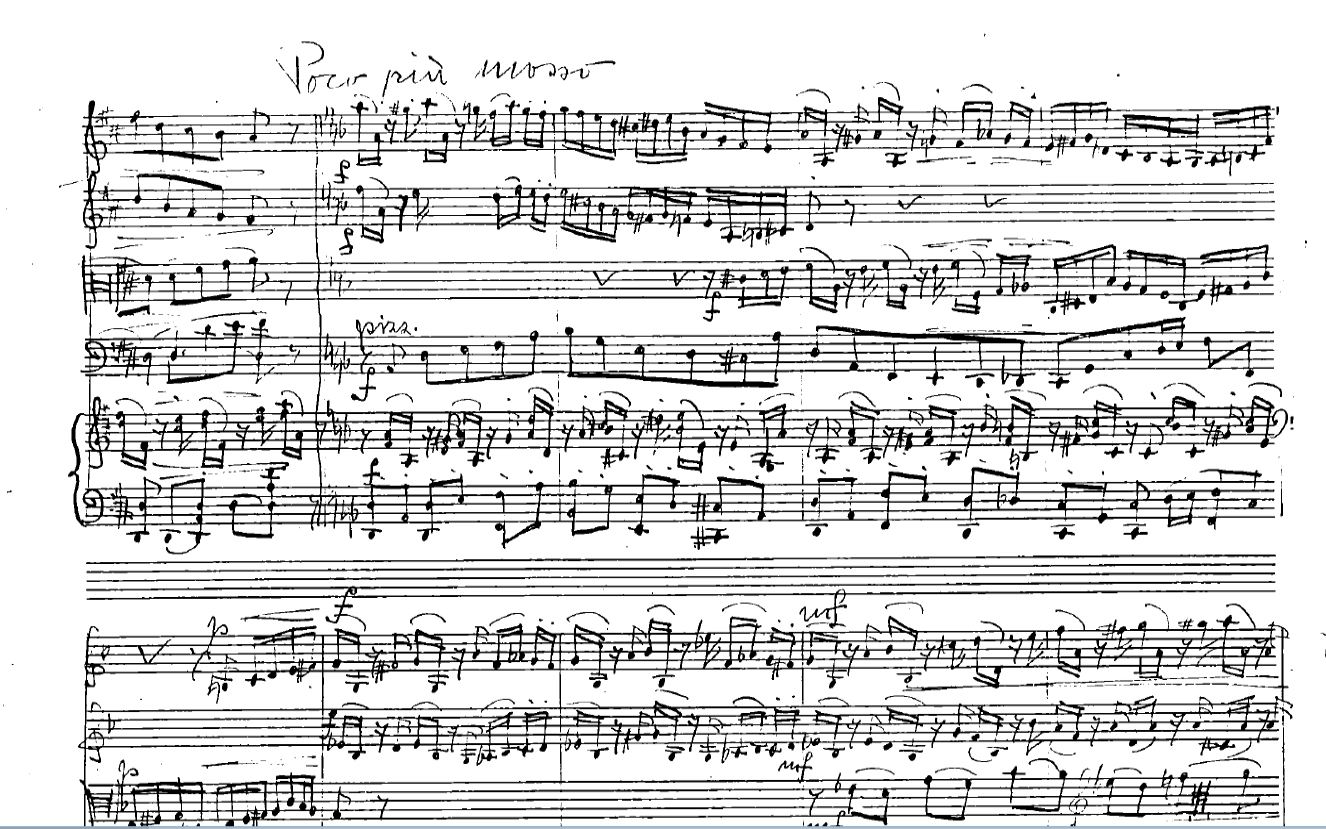 In collaboration with the descendants one of the major projects is the chamber, choir and pianomusic of this pupil of Johannes Brahms. The Quintet was reperformed 2015 for the first time by the descendants of the composer at the Hohenstaufen Chambermusic Festival.

Presents nearly 3400 mp3 with nearly 160 hours music composed by 140 composers of the last 600 years produced with the most advanced available software and samplelibraries.

World-First-Recordings from over 30 Composer from 600 years

smaller and larger complete Workgroups over of 19 composer

klassik-resampled recordings are also used to promote Products of: